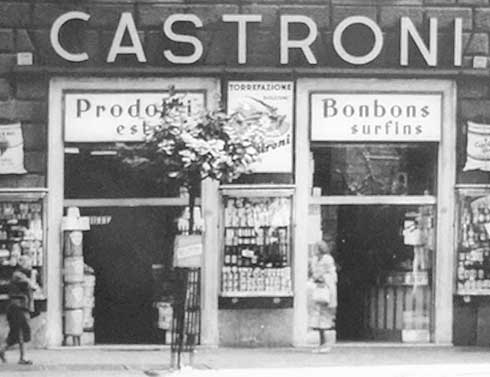 Castroni group offers a large range of coffee as well as products from all over the world, and for this reason it is becoming a point of reference for everyone who wants to taste quality food of any kind. \n\n\n\nBut coffee remains the key determinant of Torrefazione Augusta.\n\nCastroni coffee comes from coffee plantations in Central America, Indonesia and Africa; There are several varieties of coffee, but the two most important are: the Arabica Coffee, or simply named Arabica, and the Canephora Coffee, commonly called Robusta.\n\nA better quality coffee is obtained from Arabica, aromatic, stronger and less bitter. Its caffeine percentage is 0,9-1,7% and makes up ¾ of global production. \n\n\n\nIt grows at altitudes over 900 meters: the greater the altitude the better the coffee. \n\nRobusta constitutes ¼ of the total production, its coffee is full-bodied, with a weak aroma, a very bitter flavour, and an higher percentage of caffeine: from 1,6% to 2,8%. The plant grows at 200-300 meters above sea level, in areas that are easy to reach, where the management of plantation is effortless. Robusta is more resistant and flourishes in difficult climatic conditions, where the production of Arabica coffee wouldn’t be possible. \n\nAs soon as the several varieties of coffee arrive at the Pomezia factory, they are blended to create different scents and tastes and afterwards they are roasted, at temperatures of 200-230 °C for about fifteen minutes. \n\n\n\nThe roasting, supervised by specialists and experienced artisans, alters the bean completely, whose weight decreases while increasing in volume. The result is crumbly and dark colored, full of an array of aromas. Thus, it is the roast which gives the coffee its distinctive taste, aroma and color.\n\nThe roasting grade varies from country to country. In Italy, where a strong flavoured drink is preferred, the roasting is carried out using high temperatures and slightly longer time periods (more in the south than in the north); in countries that prefer lighter tasting coffee, like in Northern Europe and North America, the roasting grade is inferior. Once the roasting is complete, the coffee is rapidly cooled down with jets of cold air, to avoid overheating and burning. \n\n\n\nFinally the coffee is wrapped and then it is ready to be distributed to the Castroni stores.